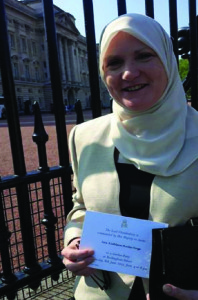 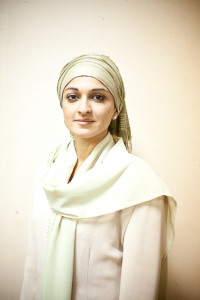 Kathleen Roche-Nagi is the managing director of Approachable Parenting she is also one ofthe developers of “The Five Pillars of Parenting” 4-11 years and pregnancy to 3 years programmes.

Kathleen has a varied background, she is a qualified Nurse (SRN) and Midwife (SCM) from Dublin, Ireland. Following this in 1997 she became a community Mediator, in 2002 she gained a diploma in Counselling at Lincoln University. In 2007 she obtained a diploma in Life-Coaching from ANM and presented a paper on ‘How coaching is suitable for Muslim women’ at the BPS annual conference, which was attended by Sir John Whitmore. In 2011 she obtained her diploma in Teaching in the Lifelong Learning Sector, from Warwick University and has also gained QTLS.

She has been working with BME children and families for the past eighteen years, enabling them to overcome parenting issues, to increase their self-esteem and confidence while shaping their abilities to achieve. Previously, she developed and delivered the “Positive About You” programme which was a successful emotional intelligence programme  delivered to 1500 children within mainstream schools, prior to SEAL in the West Midlands. She also managed the “Get Qualified” project which supported sixty women to gain qualifications and to progress either into education or the workplace.

Kathleen is a convert to Islam and is married with four children.

Dr Hanan Hussein is a HCPC registered Clinical Psychologist working in the speciality of Primary Care Adult Mental Health within the West Midlands. Dr Hussein completed her Doctorate in 2007 from the University of Birmingham, after which she began her professional career working in Child and Adolescent Mental Health Services. During this time she helped develop the Five Pillars of Parenting programme. As a parent, she values the contribution parenting programmes have on the wellbeing of children and parents.  Dr Hussein has an interest in engaging with community based initiatives and understanding the impact of faith and culture on psychological theory, research and practice. She is a licensed trainer and supervisor for the Five Pillars of Parenting Programme.

Dr Haseena Lockhat works as a Consultant Clinical Psychologist for Worcestershire Health and Care Trust. She completed her Doctorate in Clinical Psychology from the University of Manchester in 1999 and specialises in the field of child and adolescent mental health.

Haseena is currently a partner at the Health and Care Professions Council (HCPC); and  Vice President of MOSAIC West Midlands –  a mentoring  initiative founded by HRH The Prince of Wales in 2007, for young people growing up in the most deprived communities.

Haseena stands as a leading figure both in the UK and internationally on healthcare issues relating to Female Genital Mutilation (FGM).  Her publications include the acclaimed book ‘Female Genital Mutilation: Treating the Tears’ which culminated from research that she carried out in order to investigate the psychological effects of FGM.  She has a special interest in developing and delivering interventions for BAME communities and has been involved in the development and delivery of parenting programs for the Muslim community in the UK. She is a licensed trainer of the Five Pillars of Parenting and a clinical supervisor with Approachable Parenting.